SEO mistakes don’t just waste your time; they hurt you. Finding yourself on the wrong side of Google because you fell victim to a Google Penalty is costly and can take a lot of work get back on the right side of Google.

Regardless of which digital marketing strategy you choose to employ, there are a few Google guidelines, you’ll need to follow. Namely, this means avoiding both spammy, black-hat practices, and missed opportunities.

Here is a list of the Top 10 SEO Mistakes You’re Making Right Now. If you find yourself doing or not doing something on this list, take a step back and take a second to re-evaluate your SEO life.

No, this isn’t something that you serve with turkey. In the early days of search, content writers would take a specific term and use it an obscene number of times. Sometimes in places that made sense, other times in situations that left you scratching your head. For a while, this tactic worked, and it got results. Well, Google is smart and eventually caught on.

Google recognized that doing this often leads to bad experiences. A common them with Google algorithm updates is they are continually attempting to read your mind and only show results that make sense.

With every update, Google gets better at recognizing keyword stuffing attempts and ranks those caught stuffing lower and lower. Now with latent semantic indexing or LSI, keyword stuffing is pretty irrelevant. With LSI, Google is able to recognize synonyms and related words on a page, which makes it even smarter when it comes to figuring out the intent.

If you’ve been filling your content with the same keyword over and over, you can go ahead and retire that strategy, because Google has your number. Instead of trying to beat an unbeatable system, take a step back, and focus on creating relevant content that tells a story.

If you haven’t heard by now that Google uses site speed as a ranking factor, you’ve been sleeping under a rock. Let’s be honest, no one likes a slow website, and no one waits around for slow websites to finish loading. Not only will you lose clicks, but it will also hurt your overall SEO.

But wait, don’t fret, there are steps that you can take to speed up your website. The first thing you can do is choosing a web hosting provider that can deliver the speed that both Google and your visitors expect. You can also optimize your site by making sure your scripts and stylesheets are as few and small as possible and make sure your images are compressed and the right size.

For WordPress users, there are a number of plugins that can help you with speed your site up. Here a few.

While not as powerful or exciting as building backlinks from other sites, internal linking is a great way to give Google a better understanding of what specific pages are about. It’s your website, so you have complete control over the anchor text of your internal links. You control how Google sees the content on your website.

Take advantage of your most popular pages by adding links that will send visitors to other more relevant pages on your website. This helps you help your customers discover more of your content, keeping them on your page longer, and increases the chances of conversion.

Internal links are a great tool, but they can also hurt when not used correctly or are overused. Try not to overpopulate your page with internal links. Doing this could make your page look like spam to Google, and it also decreases the value of each link.

Wouldn’t it be awesome if your shoe store showed up on page one for the term “shoe store?” That’s a pretty tall order. Getting to the number one spot on Google for a general keyword like “shoe store” is pretty difficult. If you aren’t one of the largest shoe stores in the industry, odds are you’re not going to get that top spot. But, if you switch your strategy up a little and try to rank for more specific keywords with more words in them, your chances greatly increase. This is what we call long-tail keywords. You can make it local by trying something like “tullahoma shoe store,” or try to capture something a little more specific like “pink camoflauge boat shoes.”

Take the time to think about the questions your customers ask and the topics that they care about. Using that as a guide, you should be able to formulate some pretty awesome long-tail keywords that are focused on the results your customers want. Once you’ve landed on these keywords, the next step is to create content around them.

The entire point of getting listed higher in search engine rankings is so that people see your website and click on it. Meta descriptions won’t help you rank higher, but they will help entice people to click through to your site.

Every now and then, Google will use the meta description when it is trying to determine which site to pull a featured snippet from. So, even if you don’t actually get a top ranking, there is still a chance you can appear at the top of the page.

6. Not Customizing Your Urls

There are a lot of SEO factors that are out of your control. On-site optimization is not one of those. In fact, on-site optimization is the part of SEO that you have the most control over. Often forgot about when optimizing your site, are the URLs. Your URL isn’t just a factor search engines take into consideration, but also adds to the overall accessibility and user experience.

Let’s start with keywords. If you do not include the main target keyword in your URL, you’re doing it wrong. Especially with WordPress user’s you often see people leaving the URL set to the default auto-generated URL. Stop, don’t do it. Put the title of the page, minus the stop words in the URL instead. Get the keyword as close to the start as possible. Also, don’t use underscores, stick with hyphens between words.

Don’t over-complicate the structure of your URL. The more folders and layers you have, the more complicated and convoluted your URL looks to site visitors, and it will drown out the keywords you’re trying to focus on.

Here is a good quick guide to SEO best practices with URLs.

One of the most essential and also the most challenging pieces of SEO are backlinks.  Backlinks are a link from another site, back to your site. The problematic nature of building backlinks created an entire industry built around, making it easier to generate backlinks for your site. Most of which in most cases, were low-quality links. Once again, Google is smart, and it quickly caught on to these schemes. Google began penalizing sites caught buying links along with other linking schemes.

So while it’s tempting to try to beat the system and save yourself some time, it’s not worth the risk. Instead, take the time to focus on white-hate link building techniques like guest posting and building relationships with other site owners and publishers.

8. Having a Terrible Mobile Experience

April 21, 2015, is a day that changed the entire SEO landscape so much that it has been called Mobilegeddon. This is the day that Google introduced its new mobile-friendly search algorithm. Mainly what this did, was it began ranking sites found to be mobile-friendly, higher in the search results. With more than half of the world’s searches being done on a mobile device, Google decided to take this even further by introducing a mobile index in 2018. The mobile index prioritizes the mobile site over the desktop version when the algorithm determines its rankings.

9. Not Optimizing Your Images for SEO

On-page search engine optimization (SEO) is all about using the right words in the right places. By the time you’ve gone through your content, make sure your headings have keywords, and your URL is correct, it’s easy to overlook your images. Your images, though, give you an opportunity to get your keywords in there a couple of extra times.

Take the following, for example. Let’s say you have a picture of a cat. You’ve named this image picture01.jpg, and didn’t give it an alt tag. You’ve missed an opportunity to let Google know what your page is about. With a quick optimization, you can name your picture “black-cat-eating-feathers.jpg,” and give it an alt tag of “black cat eating feathers.”

It sounds trivial, but a little image optimization can go a long way.

Content is king. That’s a pretty good summary, but I’ll expound a little. Well thought out content isn’t only good for SEO, it also engages visitors to your site and keeps their attention. Your content should be well-written, accurate, and be presented in a way that makes it easy to read. Take the time to give thought to the content before you start putting it on the site. Ask yourself if it is relevant. If it’s not, why write it at all? Yes, this takes more time, and if you’re buying it, costs more, but in the end, good content leads to higher ROI.

There are countless other ways that you can increase your site’s visibility and climb the ranking ladder. These 10 items are among the top over-looked pieces of the SEO puzzle. SEO is critical to the overall success of your website. You spent the money and took the time to build your website, wouldn’t it be nice if people actually used it? So stop what you’re doing, and head over to your website and make these changes. Until next time. 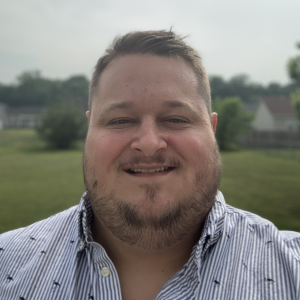 Daniel is J Street's Wizard of Lightbulb moments. With over 20 years in the software engineering and digital marketing industry, Daniel can take that experience and help small businesses realize their full potential in the digital world.
All Posts

We are a digital marketing agency that uses social, local, and mobile strategies to help you dominate your market, delivering more leads, opportunities & sales